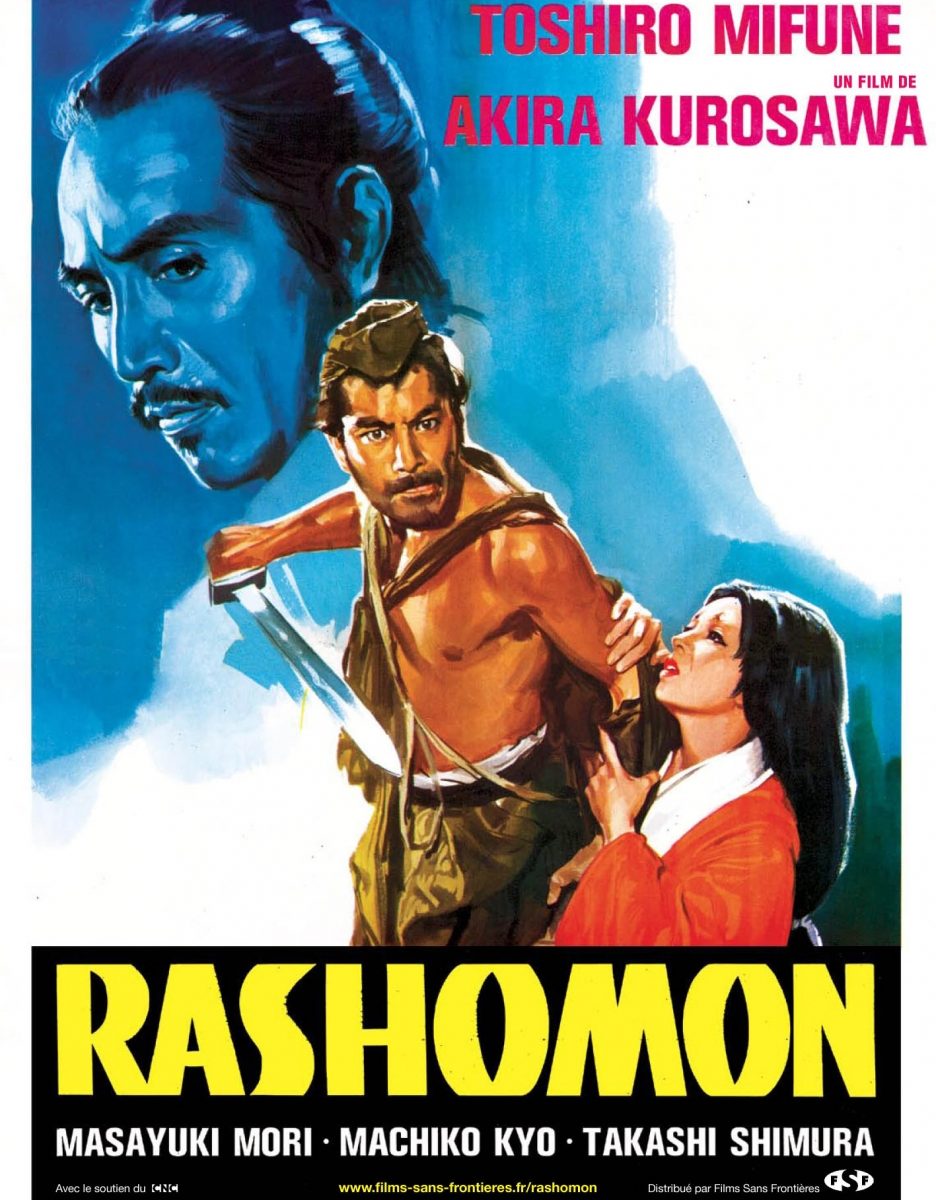 Here’s a regret I have: June 23, 1986, I sat in a fold-out chair in the sports field outside of Pauley Pavilion as a newly minted (albeit 2 years tardy) graduate of UCLA, B.A. in English Creative Writing, and NOT in film, as was my original intention, even though I did make a crappy comedy movie with a couple friends when I was there (Goin’ to Hollywood City, 1984, directed by Frank Marlowe, edited by him and me – fun to make – not very funny though lolol – didn’t make my top ten all time best film list for some reason).

There was a line up of celeb speakers at UCLA that day, I guess, but I was in some kind of transitional weirdo phase, waiting to know if I was going to Peace Corps Kenya or not, and I deliberately brought some headphones and played music throughout the whole Commencement ceremony so I didn’t have to listen to all of their nonsense. Just give me this damn degree that I slaved over for almost seven freaking years (Belushi as Bluto in Animal House: seven freaking years down the drain! I might as well join the fucking Peace Corps!)!

Too bad for me, because one of the speakers was Toshiro Mifune, star of Rashomon (as Tajomaru the Bandit), in Kurosawa’s masterpiece, who was there “For his extraordinary achievements and dedication to perfection in the world of films . . . for helping to increase America’s awareness and appreciation of Japanese culture” according to the commencement program.

Obviously, I hadn’t seen the film, and Japan was, now ironically, one of the last things on my mind, if at all, that day, so I just wanted to collect my diploma and get out and take some photos with the fam (hi late mom! Hi Laura! LYM!) and be done with it all…I guess I was kind of acting like Tajomaru that day, Rashomon’s anti-hero bandit and the center of the “police testimony” that makes up the bulk of the film, boasting about how wonderful I was and blah blah blah everyone else was phony and not as honest and noble as me… I’m not sure when I first saw this film, but I was using it as a creative exercise when I later taught in Japan, so I was aware of the film at least a good 20 years ago…hah, me teaching Kurosawa to Japanese college students…lolol. I probably DID see it at UCLA when I took a bunch of film appreciation classes.

The greatness of Rashomon is that it’s an honest look at the human vanity that exists in all of us (except for me of course…I’m completely chill 100% of the time), and how troubling and challenging it is to affirm it and embrace it. The other greatness is, the film, for its dark themes, emerges full of hope and optimism and that kind of “Keep Calm and Carry On” sensibility found in that old World War II poster (ugh, then the marketers came and ruined that brilliant story, too – but I digress).

The film plot seems simple enough – a seemingly innocuous case of three people (well, two people and a ghost…) telling their story to the police of what happened a couple days back in the dense forest outside the village … and then a fourth story from a hidden witness later on told at the Rashomon gate.

So the facts are: a woman was raped, her nobleman husband dead, and Tajomaru the bandit was involved somehow. Oh and there seems to be a dagger in there somewhere, but no one found it.

The story is framed in the hot, humid Japanese summer of 800 years ago. It unfolds at the massive Rashomon gate, a decaying 12th Century Japanese relic, built to protect Kyoto, but long ago forgotten…and in the rain, the gate teeters before us, what’s left of it, to remind us of how temporary everything is. The heat and humidity portrayed throughout the film give everything a thicker and more difficult lustre (side note: Spike Lee’s “Do the Right Thing” – a film that fought hard to get into my top 10 but fell short – but now I can mention it here lol – was no doubt influenced by pulling in the oppressiveness of a hot humid summer’s day). There are times you can hear the cicadas and birds in the forest, providing another layer of soundtrack to the dramatic scenes as they unfold. Tajomaru’s repeated slapping the bugs off his sweaty body helps to reinforce this oppression.

A woodcutter (played by Takashi Shimura – who also starred in another fabulous Kurosawa film – Ikiru – just two years later) and a monk (played extra-lugubriously by Minoru Chiaki) seeking shelter from the rain have ended up under the gate, and sit in disbelief of the testimony they have just heard at the police magistrate’s compound. The first line in the film is memorable.

A roughly hewn wandering commoner comes to seek shelter at the gate, and asks the two men to relate why they are in such disbelief … and tears off some wood from the gate to make a fire while he listens to the stories.

The three (four!) stories of what happened are then recast … and here lies the vexing center of the film, as all three stories are so very different about the events that transpired. Tajomaru, the dead nobleman (through a spirit medium), the wife, and then, at the end, the woodcutter’s fourth version, all tell their versions of the story.

The difference of the four stories casts a huge doubt on ANY of the stories. Each of the three stories told to the police were told casting the teller in the most favorable light. Tajomaru said he triumphed in an ensuing sword fight, but forgot to take the wife’s expensive dagger. The wife, in a fit of shame, recalls that she plunged her dagger into her husband’s heart after he would not kill her instead. The nobleman, through the medium, says that his failure to protect his wife, and her urging the bandit to kill him to cover up her guilt, and finally the shame the entire ordeal would bring to him and his family left him no choice but to commit ritual suicide with his wife’s dagger, which was later taken from his corpse. The woodcutter says, indeed, there was a sword fight, but only after the wife insulted both men and urged them to fight to the death over her…which they did, hesitantly, and because of their supposed vanity.

The two sword fight scenes, my favorite two scenes, are very different. Tajormaru’s version is the cinematic “Dirty Harry” version, where both men are skilled at their craft and there is much swish-swashing and cling-clanging going on, as the both men thrill at the dance of death. The woodcutter’s version exposes both men as flailing cowards trying more not to get killed than to kill the other man, and there is a lot of terrified heavy breathing in the woodcutter’s version. Tajomaru kills the nobleman who has fallen into some bushes and cannot easily move to get back up. The wife in this last version stares at the scene in utter terror of what she has caused by urging the two men to fight like real men and not cowards.

But the gruff commoner hearing the stories is having nothing of the Woodcutter’s version either, because everyone mentioned the dagger, and there was nothing of it at the police station, so it’s obvious where that dagger went. The woodcutter admits it’s in his possession, and so we are left to not believe anyone.

What happened deep in that grove?

In the end, the rain begins to clear, and an abandoned baby is heard and found by the three men. The commoner immediately begins to strip the baby of all its belongings, but the woodcutter tries to intervene at such injustice. There’s a brief fight as the commoner says, essentially, you are just as much a thief and liar as the rest of us. It’s a dog-eat-dog world…fend for yourself, and he runs off into the clearing rain with most of the baby’s belongings, and an even healthier skepticism toward humanity. The monk and the woodcutter are speechless at the inhumanity. The monk is ready to throw what little faith has has left away, until the woodcutter says, no worries. He already has six mouths to feed at home…a seventh won’t make a difference and walks away with the baby in arms, his head tilted up into the emerging sunshine. The monk’s faith is restored, though it certainly teetered when he found out even the woodcutter wasn’t the most honest of men. The end.

And in this end, we are left with nothing, just four fictional accounts of a crime, that will ultimately have neither resolution nor closure. And a huge decaying gate, well on its way to the Ozymandian longevity hall of fame.

Films buffs will know of the rules Kurosawa broke: Filming up through trees directly into the sun; using mirrors to reflect sunlight onto the actor’s faces; a long tracking shot following the woodcutter in the beginning of the film as he ventures deeper and deeper into the forest glades; the three witnesses to the event talking directly into the camera, forcing you as the viewer to sit in judgement of what is ultimately un-judgeable; and rapid close-up cuts between the trio, establishing their relationships with each other through the various tellings. I found there were more than 450 edits in the film, which puts it well above average for a movie.

Mifune, as Tajomaru, is at his best, and convincing…an actor playing a bandit who is acting as if he is a bandit. Machiko Kyo as the wife, displaying a huge range of raw human emotion from fear to shame to beguiling to panic and regret. Masayuki Mori as the staid nobelman holding himself with great honor in all the scenes, and of course Shimura’s beguiling woodcutter, turning over a new leaf in the end.

The music is a bit over the top at points, but the setting deep in a forest, a fabulous metaphor for hiding who we really are (oh, hey, that’s what #1 is all about all the time!) make this truly one of the greatest films I know.

If you haven’t seen it, even my spoilers won’t seem like spoilers after you watch the film. Each actor had to play the same scene four times in four different ways. I can’t imagine a more interesting production set and going through the paces in the small grove where most of the movie takes place. The budget was so low, they all had to live together during filming in the forest.

Oh, and a final note – about 10 days after not listening to what Toshiro Mifune had to say, I left L.A. for good. You know, because I’m a great guy and all and it was time to seek my fortune out in the world beyond, and I found it in Japan of all places.